The orphanage was started with Ray and Bonnie VanSlyke in 2006.  It has been a huge challenge as they battle with the culture, spiritual forces of wickedness, wicked people, and sickness.  We know the Lord brought them to us to start the ministry at which they worked at faithfully until 2018.  God had a plan in place as change came.  While the years passed, two different couples were being trained for leading the orphanage.

Mark and Kristine Bender were coming to Haiti working with a ministry involved with providing clean water in remote areas.  In the meantime, they were staying at the compound and working with the kids alongside the VanSlykes.  As they got to know the kids, a burden developed to help the kids become strong Christians and launch into life as productive Christian citizens.  The VanSlykes also involved Feugens and Youseline, a Haitian couple, with helping at the orphanage.  They were learning the way to handle the finances, the kids, and leadership.

This change-over occurred at the end of 2018.  It has not been without its struggles as the kids have had to adjust to new leadership.  But God has been faithful and we are making progress.  One of the key areas of work has been in education.  Kristine felt a huge need to improve the schooling for the kids and the need to give the kids a route to finding a trade and path to get there.  We invested in the ABEKA education program provided by video.  This has been an excellent way to bring high quality education to the kids, along with Biblical training that is involved with each class.  It is an expensive program, but we have seen God supply the need.

Our First Child was Ricardo!

The ones with better scholastic abilities are working hard to finish high school, and should be finished in the next several years.  Your prayers and support are desperately needed.  Nothing happens in Haiti without a cost and a battle.  Our desire has always been to see these kids stay in Haiti, have solid Christian families, and be solid Christians. 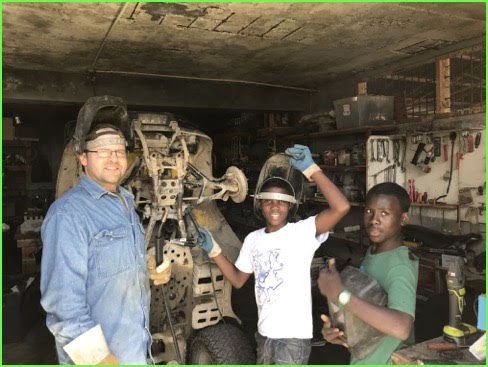 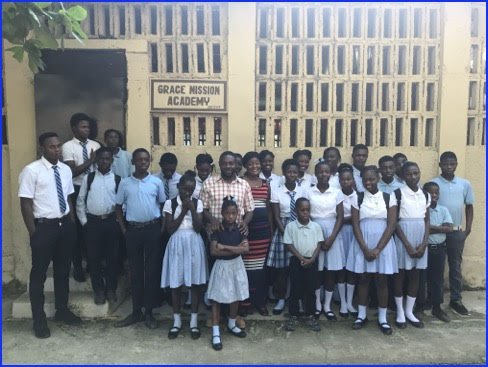 Our first graduation took place in June 2022.  Seven young people endured the challenges of taking the ABEKA curriculum and graduated.  Their desires are now to find a place in life where they can do what the Lord wants them to do that matches their abilities, interests, and His will.  Youseline wants to join YWAM and become a missionary. Fredline and Freidliene are planning on attending university in the Dominican to become a doctor and a lawyer. Raymonde will attend a trade school to learn food management and be a chef. Marceline desires to work in the airline industry and has a job with MFI at present. Kerlin will be going to electrician school. John wants to learn music production and be involved with teaching music in churches.  They all need our prayers as the venture out into the world.

This website uses cookies to improve your experience while you navigate through the website. Out of these cookies, the cookies that are categorized as necessary are stored on your browser as they are essential for the working of basic functionalities of the website. We also use third-party cookies that help us analyze and understand how you use this website. These cookies will be stored in your browser only with your consent. You also have the option to opt-out of these cookies. But opting out of some of these cookies may have an effect on your browsing experience.
Necessary Always Enabled
Necessary cookies are absolutely essential for the website to function properly. This category only includes cookies that ensures basic functionalities and security features of the website. These cookies do not store any personal information.
Non-necessary
Any cookies that may not be particularly necessary for the website to function and is used specifically to collect user personal data via analytics, ads, other embedded contents are termed as non-necessary cookies. It is mandatory to procure user consent prior to running these cookies on your website.
SAVE & ACCEPT